The bulkhead under the south side of the Chestnut Street Bridge was compromised, resulting in a 5 x 10-foot sinkhole on the trail surface.

PennDOT agreed to repair the bulkhead as part of their Chestnut Street Bridge project. Bridge work began in 2017 and the bulkhead repair took place in early 2021. Completing this work as part of the bridge project is a good example of PennDOT and the City working together to make a permanent repair of a long-standing trail problem and dramatically reduced mobilization costs associated with the repair, which cost over $1M. We appreciate PennDOT's cooperation in including this work in the larger bridge project. 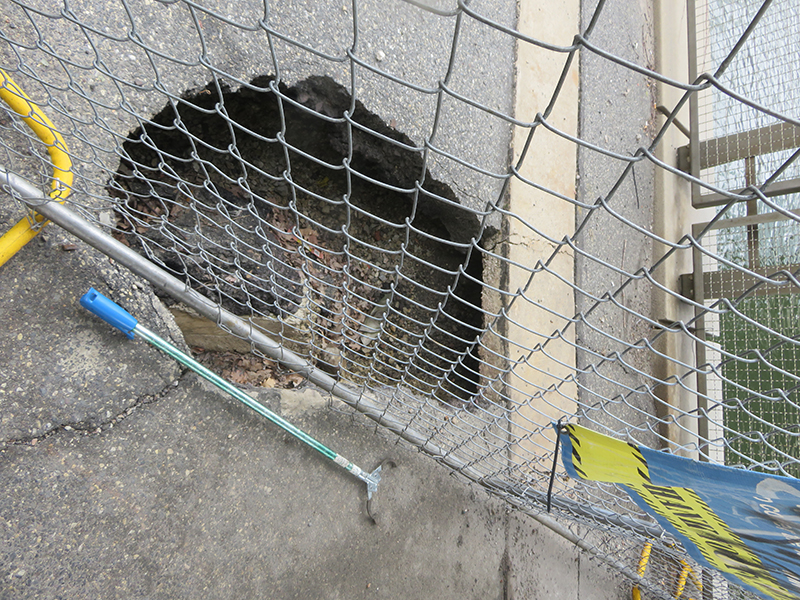 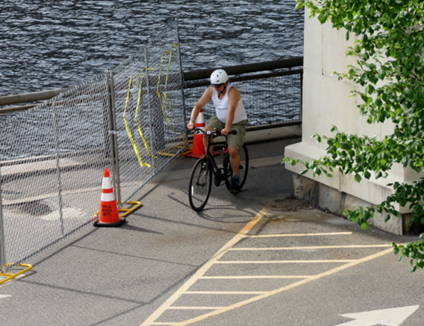 Above images show the large sinkhole on the trail surface that was caused by the degraded bulkhead.

PROJECT UPDATE - February 2021: PennDOT intends to rehabilitate the bulkhead under the Chestnut Street Bridge starting on or about February 15 and expects the work to take two to three months. This is a major repair and will involve divers and barges in the river and large equipment on the trail, including a pile driving rig. Due to the size and complexity of the project and restricted space, the trail under the Chestnut Street Bridge will need to be closed in order for the work to be completed safely. We understand this is a significant inconvenience for trail users - it is for trail maintenance staff also. The trail closure is of relatively short duration and addresses a trail safety issue that is otherwise un-funded. And if left unaddressed, this structure will continue to deteriorate and could collapse further necessitating a trail closure without any remedy in sight. We appreciate your understanding and patience while the trail is closed. Read the PennDOT press release here.

PROJECT UPDATE - July 1, 2021: The contractor completed work on this project and the trail has reopened. 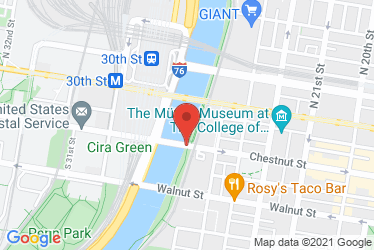 east bank of the Schuylkill River under the Chestnut Street Bridge