The Master Plan for the Schuylkill Banks trail and greenway was finalized in March of 2003. The original destination of the trail was Fort Mifflin, a National Historic Landmark situated at the confluence of the Schuylkill and Delaware Rivers.

Philadelphia has undergone some major improvements since 2003. Along with the expansion of housing and employment in Center City, the Navy Yard has been redeveloped into a successful commerce center. FDR Park has been renovated and serves a growing user base. The Philadelphia International Airport has expanded and continues to be a major hub for airlines.

SRDC proposes to study a potential spur off of the main Schuylkill Banks trail that would connect to the Navy Yard and FDR Park. It is about three miles from the western end of the Passyunk Avenue Bridge to the 26th Street entrance to the Navy Yard.  This would not only offer important recreational and educational destinations to the trail user, but could serve as an important commuting option for employees. It is expected that much of this route would follow existing roadways, but off road trails could be investigated. The City would most likely be the primary project sponsor with support from SRDC. 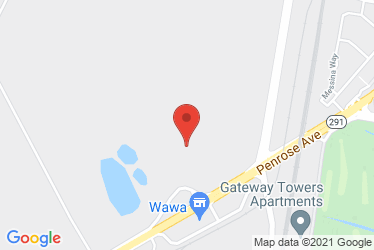 Passyunk Ave to 26th Street to the Navy Yard